3 Reasons why you should consider using Google+ Events

Google Plus makes it easy to host an event that allows people to share moments as they happen and relive them when they’re over. If you’re hosting Hangouts on Air, and you’re not using the events feature, you could be cutting off people from the very thing you’re trying to do. 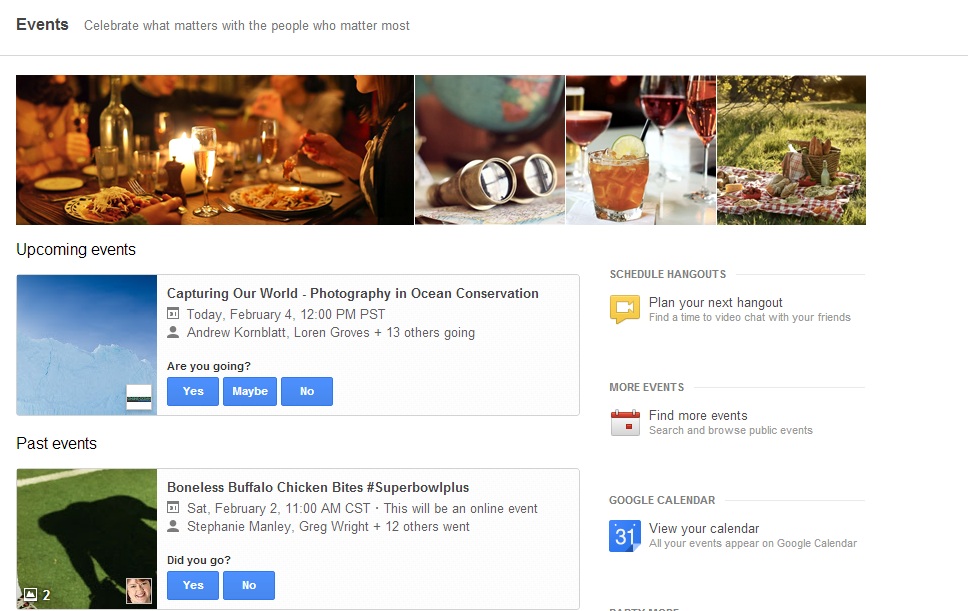 Google Plus Events help you promote a hangout, share moments in real time and keep those moments living indefinitely

The events feature keeps evolving and Google Plus users keep tinkering with what works and what doesn’t, but there are some basic ideas that could help one decide if it’s a good fit for their social media plans:

1. Events allow you to share the moments in one place. If you’re on Google Plus, and you host a hangout, you may want to post pictures of the event. Perhaps you want to send links to videos. And, your participants may want to comment on the hangout as it is happening. 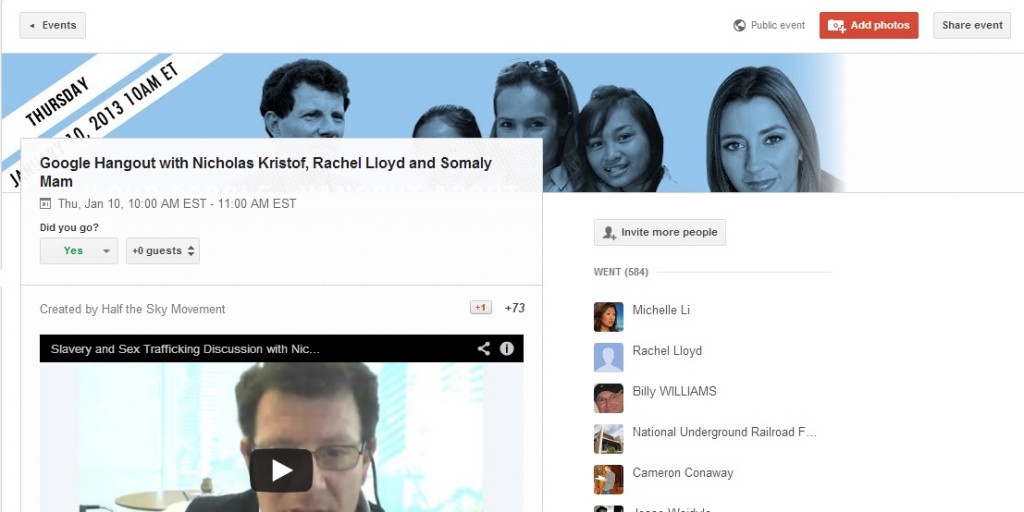 For example, when a group called Half the Sky Movement decided to hold a massive hangout about modern day slavery and the sex trafficking industry, it created an event within Google Plus. A few days out, people started RSVP’ing. Those who said they were going to participate received a notification in their Google calendars. And when the hangout started, organizers posted the live YouTube link into the event page.In all, nearly 600 people from around the world said they watched the event. And the beauty of it is, they all did it together. Some people took screenshots of the event as it happened; others shared links that helped further the discussion. The hangout hosts even answered questions from viewers within the event.

2. Events let you share moments as they happen.  You’re in business as soon as you hit send.  Aside from a nightly news hangout, I host a Korean cooking twice a month. Last time, I had a team of three volunteer producers who took screenshots of the food, monitored YouTube questions, built graphics for those questions and engaged with viewers on the event page. As soon as my “producers” hit send, they were talking to the other viewers who were watching but couldn’t get into the hangout itself.

It doesn’t have to be a professional event. Let’s say you want to start an event for a friend’s birthday party. If you’re on mobile, you can easily change your phone to “party mode” and upload pictures immediately. Everyone now is sharing the moment.

3. Events allow you to relive special moments indefinitely. There’s nothing more frustrating than knowing a piece of media exists but not knowing where the content lives. However, if that content originated from an event page, it won’t be a problem. When an event is no longer live on the web, it becomes a collection of things, online and offline. This is particularly useful when you want to relocate a great picture or an important link.

Events are great, but avoid being spammy. If you share an event to your circles, there is a chance someone may not like receiving the notification. In that case, you could lose a friend or two. In my experience, I seem to have more success when I invite a small group of engaged users to the event and then share the event on my profile. If it’s happening the way I think it’s happening, doing it that way keeps thousands of people from getting a notification in their Google calendars. Long story short, it avoids my event from getting a spammy feel.

It’s evident a lot of users are still experimenting with the events feature, but it really does have a lot of benefits, whether it’s for business or for fun. If you want a record of your hangout, then it’s a feature well worth considering.

How Marketers and Influencers can use Instagram’s Close Friends feature to their advantage.
0
5267