3 Ways to Make Money Hanging Out on Google Plus

It’s fair to say the internet and social media still have an essence of the Wild West.  No one positively knows what to do with the space, yet everyone knows it’s gravely important.  If you think you’ve got it all figured out, then you’re more confident than most.  Even traditional news organizations are finding themselves drowning in social media, especially on Google Plus. They’ve mastered web extras and photo galleries, but no one seems to take the time to actually engage.  And why?  The push back has always been about money.  At least in the news world, you hear, “…but we don’t make money off it.”

That could soon change, especially with Nielsen’s recent announcement that it will expand its definition of TV to streaming services.  That basically means the bean counters will be looking at data from streaming services like Netflix and Amazon Instant Video, which are viewed on devices like Google TV and PlayStation 3.  And, long story short, that means Hangouts on Air could also soon be sold to advertisers.  If news organizations can get a grasp on selling that space, then certainly you could, too.

And truth be told, many people are already finding ways to monetize.  It might not be pretty.  In fact, some people admit to being fairly archaic about the process.  Still, here are some examples to get you thinking.

Ronnie Bincer is a Google Plus evangelist and uses Google+ to teach others how to Google+.  He runs The Hangout Helper, but hasn’t really mastered a seamless way on getting paid.

“Honestly, my methods are pretty low-tech,” said Bincer.  People pay him through PayPal and then they hangout for an agreed-upon amount of time.  He says he’s kicked around some other ideas on how to get paid, but right now, PayPal is his primary source of collecting for his services.

2. One recipe for success.

Entrepreneur Joe Saad is innovating ways to get paid with ChefHangout.com.  He built a platform that allows his customers to buy a cooking class online.  They pay through PayPal, and then they receive the ingredient list and pre-class prep information.  From there, all the customer has to do is show up. 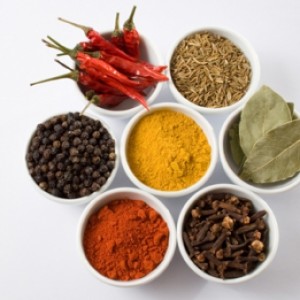 Saad says the payment platform needs to be revamped to allow more flexibility for upcoming services, but he is doing more than most when it comes to making it easier for his customers.

“It was critical to us that we make the system super easy for chefs and for customers,” said Saad.  “So we automated it.  Having our chefs find and invite each customer via Google+ was not an option.”

MORE:  Watch a class from the Chef Hangout

Saad says he’s likely generated more revenue than any other company using Hangouts to sell professional services, but he doesn’t know for sure.  And, he’s certainly not disclosing numbers publicly at this point.

Hangpay.com, which is also in Beta mode, is the first-known company to bring forth a service that’s built on top of the platform.  That means, you can add the HangPay app to the actual hangout and get paid without having to use an external payment method like PayPal or Xoom.

“We’re excited about it,” said Robert George, representative from HangPay. “We got a lot of interest in the past couple of weeks and it’s made the intensive development, Google API development process worth it.”

MORE:  Watch the Hangout with HangPay 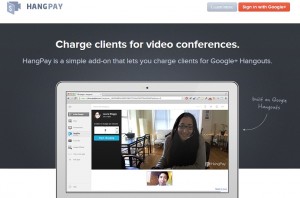 Be a Beta Tester for HangPay

You can either initiate HangPay through an ongoing hangout or on the website.  And already, HangPay is looking at ways to set a flat fee and potentially allow for more than just the current set up that allows for only 1-on-1 consulting.

“If you have to accept PayPal or wait for them to write you a check and then mail it, it’s hard to kind of be aggressive while still retaining that client,” said George. “This completely eliminates that.  It really just allows for a seamless process.  It’s really all about the consultation, and kind of just leave the payment process to an external platform that’s trusted.”

How Marketers and Influencers can use Instagram’s Close Friends feature to their advantage.
0
4334