By the time you read this post, chances are you’ll have missed the opportunity to go to one of the most anticipated techie events in 2013.  Last year Google I/O sold out in less than 30 minutes, and at $900 a pop, that’s impressive for any niche audience.  Phandroids of the world will be at Google I/O in San Francisco come May 15th, and with it, they’ll be talking geek and collecting the best tech swag of the year.  It is a conference for developers and enthusiasts, where grown people squeal over jellybeans and the thought of key lime pie.  It seems as if it’s the only place innovation lives for at least a couple of days. 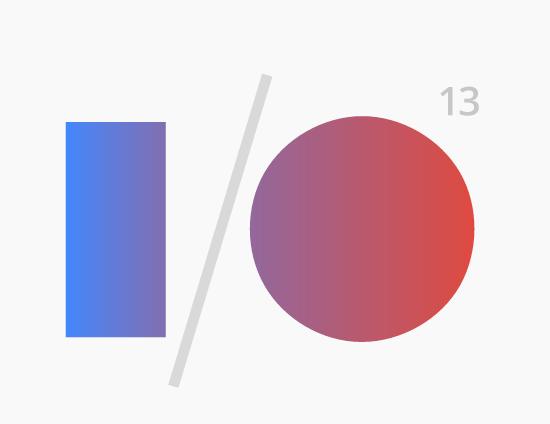 If it’s beyond your scope, that’s okay.  We asked some people in-the-know what they hope will come out of I/O and how it could impact your life in the near future.

1.  Everyone is talking about Glass.

Glass is really a no-brainer.  It’s being pushed hard right now and is making quite the buzz at events like SXSW.  For those who don’t know, Glass is basically a computer you wear like a pair of glasses.  Consider the possibilities of taking photos just by saying “Ok Glass”, being able to navigate hands-free through a new city, or even hanging out online with loved ones.  It could come in handy in the workplace – why describe something to a co-worker in another office when you could just show them what you’re seeing through Glass?

Allen Firstenberg is into software visioning and development and believes we should expect something big from Glass come May.  “I think this will be a big part of the Glass hype engine,” said Firstenberg, who’s hoping to see the beta API released then.  “I still can’t talk about what I did at Foundry, and I’m just itching to share.”

What are the possibilities when you think of your home?  Could it be Google TV?  And if so, why should you care?  As Nate Swanner from Android Authority pointed out, when Google goes silent, something seems afoot.  Google TV Ambassadors aren’t privy to any information, but as more streaming devices become readily available at affordable prices, it will be interesting to see what changes could be in store for Google TV and Android.

Why is this important?  Nielsen just came out with numbers saying more people are dropping cable to go straight to streaming.  That means more people are choosing Netflix and Amazon Prime over having 300 cable channels they don’t care to watch.  That should also send a warning to those who are producing content.  If people aren’t watching the local news on local channels, perhaps TV stations need to figure out more creative ways to reach people.

Many people are sure there will be an announcement on the “K” release of Android’s next version of its mobile operating system.  After all, Android 4.1 Jelly Bean was announced at I/O in 2012.  Since 4.1 powered the incredible Nexus 7, what could be ahead for Android users this year?  If you’re a U.S. Cellular customer and have Galaxy S3, you are just now getting an update that allows some cool motion detection.  What bells and whistles are left?  Don’t answer that because we’re sure someone has a list somewhere.

Derek Ross, with Android Authority is also looking forward to development for Chrome and Google Now.  Firstenberg is also anticipating big announcements concerning Google Drive.  This should matter if you use the web, and we know you do.

Still, Chad LaFarge, who developed the Pro Studio app for Google Plus Hangouts, may have summed it up best.  He’s not only hopeful about the “gimmes” but also about the cool stuff we don’t know about.  “Of course, we always expect some unexpected thing,” LaFarge said.  “This year they could really get attention by… announcing nothing.”