From its unquestioned 30-day money back guarantees in 1987, industry-firsts that garnered it a reputation as exceptionally consumer friendly, accolades from the world’s top CEOs, calling it an industry-model-changer unlike any other since Ford, & hailed as an e-commerce pioneer, here’s one account of one company’s experiences & transformation in the world of social media…Dell.

Recently, Dell announced the launch of a new social media page, giving their PartnerDirect Certified Channel Partners access to social media tools & courses that will allow them to leverage Dell’s social media best practices, to invigorate their own business strategies.

Through this portal, Dell will monthly host live virtual training through a real-time online meeting that promotes interactive discussion and will also offer on-demand digital training courses in the use of social media, designed to help them boost their marketing campaigns & overall exposure. You can register to become a Dell PartnerDirect & gain access to Dell’s social media page, here or here.

The incident for months escalated without resolution. In response, Fast Company blogger Brian Oberkirch on August 9, 2005, trumpeted a corporate call to action:

“With tools like Technorati & del.icio.us, these do-it-yourself media creations find their own audience. And quickly. 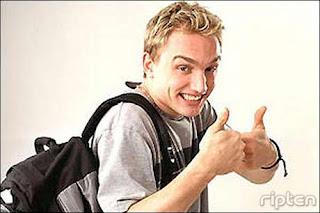 “Silence is not a sound strategy.”

The title of the post? Dude, You’re Getting Dell’d.

On August 17, 2005, Jarvis posted an open letter to CEO Michael Dell, on his BuzzMachine blog, & admonished him to follow Dell citings on all of the major technical blogs, read all of the bad press, talk to his customers, & communicate with them, regularly & directly.

The influence of Jarvis & Oberkirch was not small: There was an explosion of negative sentiment from consumers about their experiences. And their dialogue with Jarvis & each other were posted everywhere and went on & on & on.

This was not the first time that it was noted how widely might be the reverberations should someone  raise their voice using a media as ubiquitous as the Internet. During 1997, some 70 million of the world’s population (1.7%) were on the Internet, which caused even the Supreme Court to observe, “Through the use of chat rooms, any person with a phone line can become a town crier with a voice that resonates farther than it could from any soapbox.”

Tangentially, by contrast today, some 2.285 billion people, or 32.7%, of the world’s population use the Internet.

If you want to get the whole early history of Dell & its founder, Michael, take a look at Kim Williams’ case history of Dell on Norbert Elliot’s Web-Page. Forget about selling drugs, Michael Dell was reportedly making $80,000 a month in 1983, re-selling computer components from his dorm room at the University of Texas!

Midyear 2006, Gizmodo published a photo showing a Dell laptop exploding into flames on a table during a conference in Japan.

In 2007, Dell launched www.ideastorm.com, to capture sentiment & new product ideas from its customers. Dell began to score & rank these ideas, based on the number of times they were suggested & today maintains the page, listing the ideas & how they are being acted upon.

In June, Dell launched & @DellOutlet, which by mid-2009 had earned more than $3 million & by year’s end, all of the Dell online “outlets” had generated more than $6.5 million.

In December 2007, Dell was among the founding members (with Microsoft, Cisco, Coca-Cola, Nokia, General Motors, & Wells Fargo, among others) of the Blog Council dot org. In an open letter (scroll down to Dec. 9) to this newly formed corporate constituency, Jarvis pointed out that the Council’s purpose appeared to be more about hierarchy & control & traditional marketing goals to manipulate consumer behavior, than connecting with their customers & reminded them that the point of social media was conversation & listening to & learning about your customers.

Paranthetically, the Blog Council in 2009 became the Social Media Business Council, a for-profit, brands-only community that is run by GasPedal, a professional community management organization, whose slogan is “We teach businesses to be nicer to you.”

“Social Media is becoming part of who we are, in terms of the company & how we work overall. We don’t just want to dump content. Conversations are important to us.“ ~Bob Pearson, VP, Communities & Conversations at Dell.

In the still-infant state of corporate use of social media, by the end of 2009, accolades for Dell were ringing once again,

In May 2010, Dell launched @DellCares & @DellCaresPro, Twitter accounts to centralize what were still complaints dispersed widely across online channels.

The open, friendly voice is pervasive on those sites today. @DellCaresPros is dedicated not only to problem-solving but sharing information & has made itself a “source” for its followers.

No longer foundering in a cacophonous, dystopian abyss, Dell has emerged as a leader, setting the standard for other enterprise-level organizations & sharing its knowledge & expertise to improve the world.

Corporate shift away from dictatorial & hierarchical models in marketing & acknowledgment that training is tantamount to corporate survival are now central to how business is conducted by global brands. Mid-market corporations, just beginning to travel this path, do not have to suffer the rocky road experienced by global brand leaders just seven years ago. There is content, research-based models, experience, a growing coterie of corporate social media training & marketing experts & professionals, & mentor foundations that didn’t exist ‘back then’.

Smart mid-market leaders are already “there”, like real estate conglomerate Century21, who has canceled all advertising, & RE/MAX, who had streamed 2,599,901 videos by April of 2011, generating 6.5 billion consumer impressions & welcoming 28 million visitors in 2010, who viewed 295 million properties. The path isn’t scary anymore. There is a preponderance of the evidence.

Tangentially, Rheingold talks about the evolution of the ecology of “techno-hipsters” in his book, SmartMobs, & describes witnessing Japan’s Net Gen & Gen Y’ers communicating at 60 words per minute, using only one thumb (he calls them “the thumbsters”).

45% of mobile users respond to mobile ads. Of those,

And, while, in places like Japan, 47% of mobile subscribers access the web primarily through mobile devices &, in the U.S., 22% of all web searches emanate from mobile devices (StatCounter reports only 9% of U.S. web searches emanate from mobile subscribers, so far in 2012), fewer than 30% of global brands have a mobile web presence, according to research reported by in November by eConsultancy. Digiday in February reported that 19 of the world’s 50 top brands (an extrapolated, 38%) currently do no feature smartphone-optimized content. These brands include Apple, Microsoft, GE, Nokia, Nintendo, Mercedes, BMW & Kelloggs. Instead, they simply drive smartphone users to the desktop versions of their sites.

So, even with the recent more sophisticated advance of global brands into the social media dimension, they are still behind, in terms of the rapid change in the way humans are accessing information & communicating online.

But, to win, to get your brand out there, to understand what prospective customers want & how your customers are experiencing your products & services or brand, you have to join in the conversation.

Online posts about Dell each day

Today’s success is often sparked by yesterday’s missteps & failures. Dell turned literal disaster into success and has become a leader in social media.

“Social media isn’t a fad, it’s a fundamental shift in the way we communicate.”

#FAIL: The 50 Greatest Social Media Screw-Ups & How to Avoid Being the Next One

Dell’s “listening” page, complete with a simple survey to help you determine “how your company stacks up” & a link to a Dell-commissioned Forrester report, Listening & Engaging in the Digital Marketing Age.

How Marketers and Influencers can use Instagram’s Close Friends feature to their advantage.
0
5226