How Generation Y Is Ruining Your Social Life 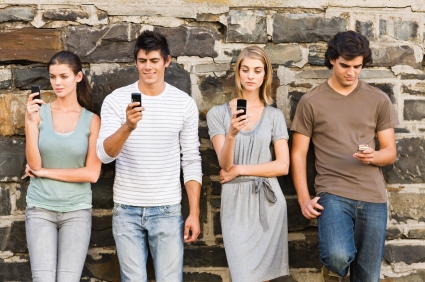 It is no secret that social media has transformed our world into one great big small town. It has finally given consumers back their voice, which is echoed at tremendous scale. This culture shift, which puts your company’s reputation back into the hands of the customer, has forced corporations to prioritize principle over profit. Social Media is amazing – it has given us all a pronounced voice in the digital world, but that exact voice is drastically altering our social lives such that this cultural shift is promoting an anti-social society.

A study last year found that 40% of smartphone or tablet owners utilize their device whilst watching television on a daily basis. Hold the phone – so when viewers are not fast-forwarding through the ads on their DVR, they are actively tweeting about what they are watching – not paying any attention to commercials. This was hugely intriguing. Social and mobile has spawned a dual screen culture, which we continue to endorse. This now sparks the question: What else are we missing?

Fascinated by this number and how American society’s reliance on their iPhones is affecting our every-day social lives, I decided to accept a challenge from Gary Vaynerchuk: Look at 5 people driving home and count how many are actually watching the road. Commuting 12 miles every day on my bicycle, I conducted this three times – the results were ridiculous. At least two of the five drivers were on their phones every time. It was only then when it clicked – the times of billboard ads are over: Push advertising has been pushed out of the picture. Not only this, society now has no personable social life; instead, we push our digital identities at scale on Twitter and Facebook.

We are all naturally social creatures but the device bringing us together; allowing us to be social at scale, is distancing our social lives from actual personal interaction. Just think of how many times we have all been in situations where, instead of actually being social and talking to the person beside us, we take out our phones and text three or four of our friends. Why interact with one person when we can talk to three or four all at the same time right?

It’d be bold to disagree with the insights of industry influencers like Ryan Holmes and Gary Vaynerchuk, so I wont – well not entirely. It is true when Vaynerchuk argues social media has transformed the (digital) world into one great big small town and when Holmes argues the combination of TV ratings and Twitter will bring social back to the television experience (at scale that is). But today 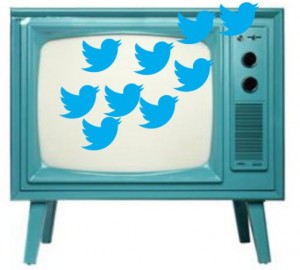 we are definitely not living in a world similar to that of our grandparents where everyone knows each other’s name in town. If people aren’t even paying attention to the roads they drive on, they are not paying attention to the people around them either. Sparking up a conversation in a coffee shop line with somebody about what they plan to order, the simplest of social interaction there is, could seem taboo today. However no one has any issues with shouting it out to their hundreds of followers on Twitter. Social media has turned the term ‘social’ into an oxymoron.

How Marketers and Influencers can use Instagram’s Close Friends feature to their advantage.
0
5407