Why a Social CEO is a Trusted CEO 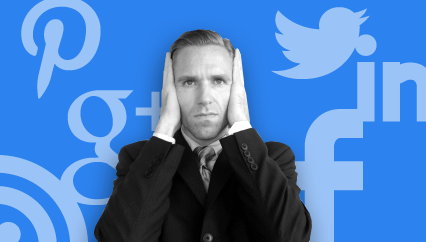 Across 4 commercial sectors studied by McKinsey & Company, results show that Social Media could potentially contribute between $900 billion – $1.3 trillion in annual value. Whether you’re running a lucrative global enterprise or just a standard, run-of-the-mill pickle factory, this is one piece of the pie that no one can afford to miss out on. Records show over half of customer-facing Fortune 500 companies suffer from social shyness, so much so that 55% of these organizations do not even possess a Twitter handle. But what are these non-humanized corporations missing out on in rejecting social media and a social media strategy? Oh I don’t know, perhaps visitors, leads, customers, $1.3 trillion? Let’s dig a little deeper.

The Birth of The Social Business

A relatively recent term, according to Michael Brito, author of Smart Business, Social Business, 2008 saw the birth of businesses starting to humanize their operations. This saw the tearing down of organizational silos between internal teams in order to effectively engage in 2-way conversations with customers. Building upon social platforms like Facebook and Twitter in the early-mid 2000’s, early adopters began to actively engage with social customers on a daily basis. These social customers are nothing new; they have been sharing their thoughts, opinions and criticisms of your brand to friends and family alike for centuries. This century, however, is different. These voiced opinions are amplified today on the web, such that 72% of consumers trust online reviews as much as personal recommendations. It is therefore imperative to recognize that the beauty of your beloved brand’s reputation is in the eye of your social beholder.

“Social Ignorance is Social Bliss” – Said No One, Ever.

According to David Williams, author of Why CEOs Should Care: How Social Media Drives Business, more than 50% of the U.S. population is on Facebook and 37% is on Twitter. Of the surveyed audience, only 16% of CEOs are using social media at all. This business-humanization occurs organically in response to the social customer; this requires a cultural transformation from within. A social business moves with shifts in technology and adapts its internal tools in order to effectively collaborate and communicate. Social tools are the driving force for this change. The only obstacle, however, comes in the form of C-Suite executives rejecting employing a proper strategy for these tools and hence denying their employees the ability to utilize them effectively. Now lets back this up with some numbers:

1.1 Billion Users – 20% have bought something because of ads seen on Facebook

Today, internet users spend 22.5% of their time online, on social media. Do CEOs not see any potential in this?

A Social CEO is a Trusted CEO

CEOs and their executives ride shotgun in setting the cultural tone of the organization. Simply put, participation in social media promotes the use of social technology, which can only increase its competitive edge in adapting to technological market changes. Having a transparent and open organizational culture is imperative in establishing an effective social media strategy; it gives everyone a clear and common focus to tailor to the needs of the social consumer – a fact that escapes a lot of today’s CEOs. BrandFog 2012 CEO Survey concerned this exact topic and reproduced some baffling results:

It’s now more evident than ever that CEOs who don’t engage in social media, may as well be conducting their business in a cave. Potential visitors, leads, customers and a chunk of hefty profit will slip through your fingers as well as the opportunity for a strong competitive advantage. It’s time for the corporate world to put down their brick phones, stop writing their telegrams, get out of their horse and carriages and catch up with the rest of us in the 21st century!

How is your social media strategy going?